Below is not an article for publication. It’s what’s known as a ‘feeder’ and was sent early this morning to all Reuters international editors. Feeders are an internal agency alert, a heads-up, a raw outline of a breaking news story (typically an exclusive) from which editors like my wife (Reuters Brazil) can start sourcing local experts and concerned parties for comment. The feeder below was prepared by Chystia Freeland, Reuters International Digital Editor (my wife’s boss). It followed a full editorial board meeting that began at midnight last night in London and concluded earlier this morning with a videoconference with the agency’s parent company, Thompson Reuters in NY, who cleared the story for immediate international dissemination.

Less than an hour later Assistant Attorney General, Lanny Breur, of the United States Justice Department filed and immediate injunction on the story in both London and New York. I believe Reuters counter-filed almost immediately but until the matter can be heard the story is frozen. I, however, do not fall under this legal lockdown, and given I already have the information I will publish it here as a private citizen.

I can offer no other words of explanation except, read it for yourself. I have not altered a single word.

London 12.12.12. Late yesterday Dr. Miina Ruohonen of the Lahti Ursa Observatory in Finland contacted Reuters European science editor, David Guthrie, requesting an urgent meeting regarding a matter she described “of global significance.” Sporting a folder under her arm the Finnish astronomer and Guthrie met around 7pm (GMT) at the Burlington Arcade (adjacent to the Royal Astronomical Society) where she told Guthrie, “we are not alone in the universe, I have the evidence here, and you have to get it out.”

Ruohonen, a part of the Gene Shoemaker Near Earth Object Grants program (a privately funded program run out of The Planetary Society to catalogue near earth objects), had on November 3rd discovered an un-catalogued NEO (Near Earth Object) approximately 13km3 in size passing between Mars and the Earth at a distance of roughly 300 million kilometres, velocity 28.33km/ps. On Nov 6th Ruohonen gave the object the provisional designation 2012VC2 and following protocol logged the object with the European Space Agency’s Operations & Situational Awareness data centre (SSA-NEO). Although the trajectory of 2012VC2 does not threaten the earth (its due to pass some 111 million kilometres from our planet at its closest between March 12th and 14th, 2013) Ruohonen requested urgent radar imaging of the object so as to clarify a possible aberration in her observations.

Ruohonen’s data indicated that 2012VC2 was not one but two massive objects: the larger “dirty snowball” asteroid and a much smaller but seemingly more dense object estimated to be bus-size in its dimensions. Many asteroids Ruohonen explained have a “family of smaller objects – debris cast off from ancient collisions – gravitationally attached to the larger parent object. That’s not unusual, but the numbers I was looking at told me this second object was not, could not be debris. The [smaller] object was having a minute but measurable gravitational effect on 2012VC2 and for that to happen it could not possibly be composed of the same parent material. If the numbers were right it was something denser than any asteroid material we’ve ever measured, and that didn’t sound right.”

On November 7th Dr Detlef Koschny of the ESA’s Small Bodies Data Centre forwarded Ruohonen’s numbers to NASA’s Near-Earth Asteroid Tracking (NEAT), a division of JPL’s Science Division responsible for cataloguing all NEO’s. Between the 7th and 8th Koschny reviewed data, and on the 9th received the first ESA return radar imaginings of 2012VC2. Immediately after Koschny called Ruohonen, informing the Finnish astronomer the second object was maintaining a fixed position 12km from 2012VC2, was probably metallic, unbelievably dense, and had what he described as “the unmistakable appearance of design.”

A video conference was convened at 3pm (GMT) on the 9th in which JPL’s director, Dr. Charles Elachi, warned Ruohonen and Koschny not to disclose any information until further analysis on the second object could be completed. Ruohonen protested, but Elachi stressed the need for certainty on the matter, citing the negative implications of releasing the data should it be in error, or indeed accurate.

That was over a month ago. Despite JPL assurances neither Ruohonen nor Koschny have seen any enhanced radar imaging’s taken by NASA since the 9th which has prompted Ruohonen’s actions in contacting Reuters.

“We’ve been shut out,” the Finnish astronomer told Guthrie last night. “It’s wrong. It’s wrong from a scientific perspective and it’s wrong from a position of public discloser. I’ve seen the ESA images. They’re enough. I know what’s out there, and what’s out there is not terrestrial or natural in origin. For whatever reasons Dr. Elachi, NASA, the White House, the Pentagon, or even the Vatican might have this cannot be kept a secret and I will not play a part in some deflection or ruse.”

When asked why a spacecraft would be in such close proximity to such a massive asteroid Ruohonen answered with two words: gravitational tractor. “An unmanned gravitational tractor – a heavy spacecraft placed near an asteroid in a fixed position – is the simplest and probably best method of nudging a planet threatening asteroid out of the way and avert a collision. It’s the favoured theory, favoured method here on earth. The spacecraft and the asteroid mutually attract one another,” Ruohonen explained using her leather satchel and a pen lid as props. “If the spacecraft counters the force towards the asteroid the net effect is that the asteroid is accelerated towards the spacecraft and thus slightly deflected from its orbit.”

What is its origin? “2012VC2 is not from our solar system,” Ruohonen said, “and we can only guess at how long it’s had its travelling companion, its shepherd. Ten-thousand years? One-hundred thousand years? Ten-million years, there’s just no way of saying. We have to crunch a lot of numbers then redirect every terrestrial and space based observation station we have at our disposal. It could take months, year’s maybe? It may require planetary spotting technologies we haven’t even invented yet. What we can say is somewhere out in this galaxy a civilisation with an advanced level of technical expertise looked up one day and saw 2012VC2 as an imminent threat and they did something about it. Perhaps they called it Apocalypse? That’s obviously what it must have seemed like to them and their response was precisely what we here on earth are thinking we might do today if we’re ever faced with our own asteroid named Apocalypse. This discovery is just too large to be hidden from the public. We’re not alone, and the proof is out there, right now, this very second out toward mars. It’s a complete accident that it’s even here, but it is here and it’s coming in toward earth and we have to go out there and investigate. We have to study this craft and that’s going to take a massive and coordinated global effort. If we can, we have to bring it home and find out who it belongs to.”

Below are three images Ruohonen passed on to Guthrie (Nb. Digitals will be up on FTP within an hour). The first shows two slides of 2012VC2  taken by Ruohonen’s Lahti Ursa Observatory, Nov 3rd and 6th. The second and third images are ESA radar images Dr Detlef Koschny forwarded to Ruohonen on the 9th. The first shows a wide field view of 2012VC2 with an object clearly visible to the right. The third is a closer but less detailed view of the object with some sort of scaffolding (possible solar panels Ruohonen suggests) visible. 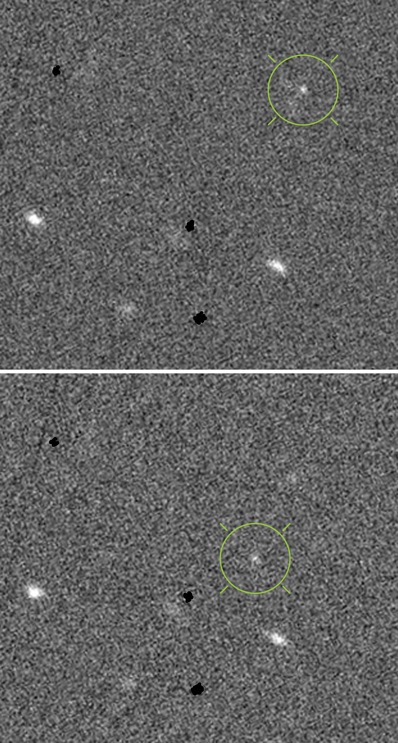 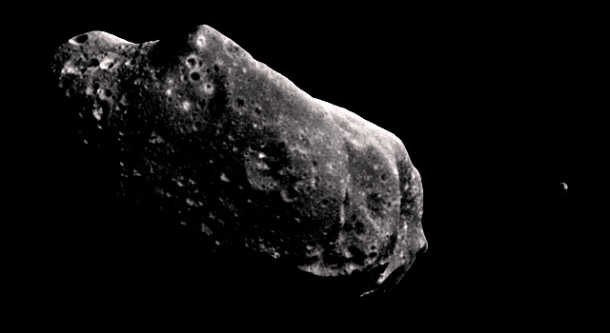 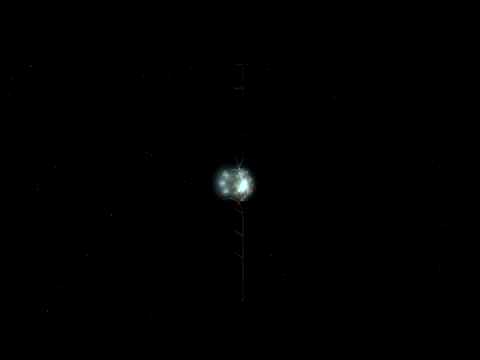