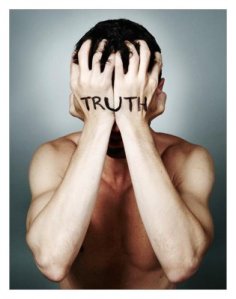 There are many ways to litigate the general nonsense presented by religions, especially that species of religion expressed in the Abrahamic faiths. The most tempting is—naturally—in contesting the outlandish claims of supernaturalism, but what is the most tempting is not necessarily the most potent.

Simple history—actual physical reality—is by far the best method to demonstrate a falsehood. Through the exhaustive efforts of biblical archaeologists and scholars we know today that the Jewish origin narrative contained in the Pentateuch is nothing but a geopolitical work of fiction—inventive myth—conceived of in the 7th and 6th centuries BCE, and written to place Judah at the centre of the Jewish world so as to capitalise on a weakened Mamlekhet (Kingdom) Yisra’el after its sacking in 722 BCE. This is a fact, and so overwhelming is the evidence that the majority of Jewish rabbis today openly concede that their origin tale is fiction, and have adapted accordingly.

Another use of history is to contrast what is known against any claim made by a religion, and in Christianity we have quite a bold claim: that a 1st century CE rabbi (for whom no physical description even exists) was in fact a God made flesh. Now, by extension, a God made flesh, a God who walked and talked and did things, should have said or done something new or original. This simply stands to reason.

It’s astonishingly straightforward, yet time after time after time I have asked Christian apologists (who’re not at all shy in proclaiming that Jesus was the greatest character in all of human history) to answer this simple question:

Can you name a single genuinely new or original (or even marginally useful*) thing Jesus said or did?

Originality: the quality or state of being original

Original: present or existing from the beginning; first or earliest

Not one apologist has ever succeeded in providing an answer… an answer one would assume, given the claim made by Christians, to be the easiest thing in all of history.

Most recently, a blogger called Citizen Tom got so upset with himself in not being able to answer this patently simple question that he banned me. Another apologist, Colorstorm, simply refuses to even address the question. Recently also, Insanitybytes and Wally Fry have at least tried to answer, and for that I am grateful, but unfortunately for them they tried and failed.

And so the question remains dangling awkwardly out there in open space, teasing every Christian alive today:

Can you name a single genuinely new or original (or even marginally useful*) thing Jesus said or did?

*Edit note: by “useful” I have always meant information which reduced physical suffering, and I accept full responsibility for any confusion resulting from the use of that particular word without clarification.

*To mark this monumental event (being banned), the always brilliant Meme has composed a song

*And continuing the nonsense, Citizen Tom has produced another diversionary post on the matter, failing, again, to actually answer the question which no Christian (it appears) can answer.

*And further continuing the nonsense Citizen Tom has produced yet another post, yet once again, has failed to actually answer the question.

491 thoughts on “The Rather Simple Question No Christian Can Answer”