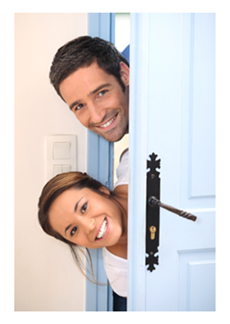 This morning there was a knock at my door. When I answered the door I found a well groomed, nicely dressed couple. The man spoke first:

John: “Hi! I’m John, and this is Mary.”
Mary: “Hi! We’re here to invite you to come kiss Hank’s ass with us.”
Me: “Pardon me?! What are you talking about? Who’s Hank, and why would I want to kiss His ass?”
John: “If you kiss Hank’s ass, He’ll give you a million dollars; and if you don’t, He’ll kick the shit out of you.”
Me: “What? Is this some sort of bizarre mob shake-down?”
John: “Hank is a billionaire philanthropist. Hank built this town. Hank owns this town. He can do whatever He wants, and what He wants is to give you a million dollars, but He can’t until you kiss His ass.”
Me: “That doesn’t make any sense. Why…”
Mary: “Who are you to question Hank’s gift? Don’t you want a million dollars? Isn’t it worth a little kiss on the ass?”
Me: “Well maybe, if it’s legit, but…”
John: “Then come kiss Hank’s ass with us.”
Me: “Do you kiss Hank’s ass often?”
Mary: “Oh yes, all the time…”
Me: “And has He given you a million dollars?”
John: “Well no. You don’t actually get the money until you leave town.”
Me: “So why don’t you just leave town now?”
Mary: “You can’t leave until Hank tells you to, or you don’t get the money, and He kicks the shit out of you.”
Me: “Do you know anyone who kissed Hank’s ass, left town, and got the million dollars?”
John: “My mother kissed Hank’s ass for years. She left town last year, and I’m sure she got the money.”
Me: “Haven’t you talked to her since then?”
John: “Of course not, Hank doesn’t allow it.”
Me: “So what makes you think He’ll actually give you the money if you’ve never talked to anyone who got the money?”
Mary: “Well, He gives you a little bit before you leave. Maybe you’ll get a raise, maybe you’ll win a small lotto, maybe you’ll just find a twenty-dollar bill on the street.”
Me: “What’s that got to do with Hank?”
John: “Hank has certain ‘connections.'”
Me: “I’m sorry, but this sounds like some sort of bizarre con game.”
John: “But it’s a million dollars, can you really take the chance? And remember, if you don’t kiss Hank’s ass He’ll kick the shit out of you.”
Me: “Maybe if I could see Hank, talk to Him, get the details straight from Him…”
Mary: “No one sees Hank, no one talks to Hank.”
Me: “Then how do you kiss His ass?”
John: “Sometimes we just blow Him a kiss, and think of His ass. Other times we kiss Karl’s ass, and he passes it on.”
Me: “Who’s Karl?”
Mary: “A friend of ours. He’s the one who taught us all about kissing Hank’s ass. All we had to do was take him out to dinner a few times.”
Me: “And you just took his word for it when he said there was a Hank, that Hank wanted you to kiss His ass, and that Hank would reward you?”
John: “Oh no! Karl has a letter he got from Hank years ago explaining the whole thing. Here’s a copy; see for yourself.”

From the Desk of Karl
Kiss Hank’s ass and He’ll give you a million dollars when you leave town.
Use alcohol in moderation.
Kick the shit out of people who aren’t like you.
Eat right.
Hank dictated this list Himself.
The moon is made of green cheese.
Everything Hank says is right.
Wash your hands after going to the bathroom.
Don’t use alcohol.
Eat your wieners on buns, no condiments.
Kiss Hank’s ass or He’ll kick the shit out of you.

Me: “This appears to be written on Karl’s letterhead.”
Mary: “Hank didn’t have any paper.”
Me: “I have a hunch that if we checked we’d find this is Karl’s handwriting.”
John: “Of course, Hank dictated it.”
Me: “I thought you said no one gets to see Hank?”
Mary: “Not now, but years ago He would talk to some people.”
Me: “I thought you said He was a philanthropist. What sort of philanthropist kicks the shit out of people just because they’re different?”
Mary: “It’s what Hank wants, and Hank’s always right.”
Me: “How do you figure that?”
Mary: “Item 7 says ‘Everything Hank says is right.’ That’s good enough for me!”
Me: “Maybe your friend Karl just made the whole thing up.”
John: “No way! Item 5 says ‘Hank dictated this list himself.’ Besides, item 2 says ‘Use alcohol in moderation,’ Item 4 says ‘Eat right,’ and item 8 says ‘Wash your hands after going to the bathroom.’ Everyone knows those things are right, so the rest must be true, too.”
Me: “But 9 says ‘Don’t use alcohol.’ which doesn’t quite go with item 2, and 6 says ‘The moon is made of green cheese,’ which is just plain wrong.”
John: “There’s no contradiction between 9 and 2, 9 just clarifies 2. As far as 6 goes, you’ve never been to the moon, so you can’t say for sure.”
Me: “Scientists have pretty firmly established that the moon is made of rock…”
Mary: “But they don’t know if the rock came from the Earth, or from out of space, so it could just as easily be green cheese.”
Me: “I’m not really an expert, but I think the theory that the Moon was somehow ‘captured’ by the Earth has been discounted*. Besides, not knowing where the rock came from doesn’t make it cheese.”
John: “Ha! You just admitted that scientists make mistakes, but we know Hank is always right!”
Me: “We do?”
Mary: “Of course we do, Item 7 says so.”
Me: “You’re saying Hank’s always right because the list says so, the list is right because Hank dictated it, and we know that Hank dictated it because the list says so. That’s circular logic, no different than saying ‘Hank’s right because He says He’s right.'”
John: “Now you’re getting it! It’s so rewarding to see someone come around to Hank’s way of thinking.”
Me: “But…oh, never mind. What’s the deal with wieners?”
Mary: She blushes.
John: “Wieners, in buns, no condiments. It’s Hank’s way. Anything else is wrong.”
Me: “What if I don’t have a bun?”
John: “No bun, no wiener. A wiener without a bun is wrong.”
Me: “No relish? No Mustard?”
Mary: She looks positively stricken.
John: He’s shouting. “There’s no need for such language! Condiments of any kind are wrong!”
Me: “So a big pile of sauerkraut with some wieners chopped up in it would be out of the question?”
Mary: [Sticks her fingers in her ears]”I am not listening to this. La la la, la la, la la la.”
John: “That’s disgusting. Only some sort of evil deviant would eat that…”
Me: “It’s good! I eat it all the time.”
[Mary faints]
John: [He catches Mary] “Well, if I’d known you were one of those I wouldn’t have wasted my time. When Hank kicks the shit out of you I’ll be there, counting my money and laughing. I’ll kiss Hank’s ass for you, you bunless cut-wienered kraut-eater.”

With this, John dragged Mary to their waiting car, and sped off.